It has been quite a while since I sampled SMWS releases here. Lots of changes have taken place since then (ownership, order policy, frequency of offerings, internal structure) – some for the better, some for the worse. So be it. Let’s taste some samples I was given by Ralf Dänzer (thank you). I am going to start with a set of three Glen Moray (a distillery that used to be in the same owners group in the past, hence some casks are in stock): 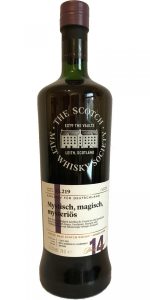 This is a Germany-exclusive release, also titled and described in German – nice. And it is a winner that was chosen by a jury of German connoisseurs. A very „mortlachy“ Glen Moray, I must say because it has quite some smoke, a dry meaty and sulphury edge and metallic undertones. Old wood notes meet grapes, mango, Peach, orange zest, muesli box, ginger and chili, coal, pine needles and Aperol Sprizz. Funny and interesting nose on the dry and malty side of things. On the palate it Shows greatness, very round and flawless. Malt and spice-combo leads to honey sweetness, fruits and wine – like a watercolor painting that hints at things in a subtle way. It finishes long and metallic with all the aroma’s reminiscences glowing up shortly. Water makes it sweeter and sends the chilis to the fore. Quite a ride, like on Autobahn A3 in heavy traffic 🙂 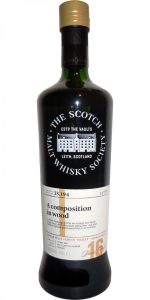 I am sure this release will find little common ground. I find it fungi-flawed like many of these casks that only display sulphury raisins, blue cheese and grapey sweetness – no distillery character and complexity. However, some love it exactly for this profile.

The nose is intact: rich and malty nose, dark honey, oak, pistachio, mash, hints of fruit (apricots and gooseberries), sulphury raisins, Spanish vinegar, ginger, chili and ginger, coal, eucalypt, chocolate Lebkuchen, not too bad. However, on the palate it displays the described flaw. Raisins, blue cheese, flinty sulphur. the spices save it a bit from being too monodimensional. Water also helps. I declare the discussion on this one as open… 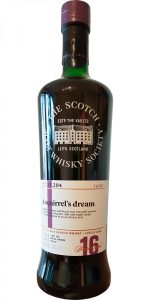 This one is much less debatable. It has quite some wine character on the one side and wood spice on the other, almost bordering on Bourbon territory (yet smoother). Nuts, vanilla, cloves, maple syrup, salted caramel, honey, figs, dates, sulphury raisins, oranges and sweet tobacco big time. On the palate the sherry starts to speak more, with hints of the fungi-problem, but also juicy aromas. No water needed.

This was an interesting head-to-head comparison. Now I am glad to also try other releases as well. 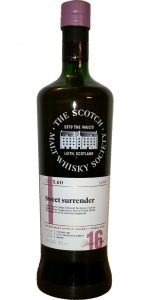 The most surprising one in this set, it is beguiling. What a great cask! Very much like an older Glen Keith in moments. So creamy and full of Bourbon cask goodness, aaah! Mango on creme brûlée, coconut and pineapple meet Werthers Originals toffee, gooseberries, linden blossom honey, ripe pear, roses, orange zest, cinnamon hazelnut, amoroso sherry, calvados, vin santo, Bailoni Apricot liqueur sweetness, full on! All he way to the end this is powerful, complex and well-balanced. A clear buy! 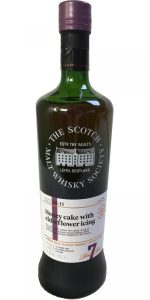 Forest Floor in late autumn, aromatic and fresh, then it becomes a sweet pasty like a cinnamon sticky bun with nuts, Marzipan fruitcake, honey-glaze and dessert wine. Water makes it even sweeter, one for afternoon tea parties. 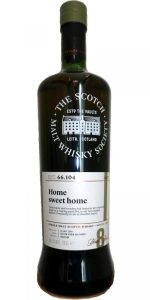 I love Ardmore at all ages. The younger ones don’t dissappoint but are a bit greener and sweeter than predecessors from the direct firing period of distillation. This one reminds me of a Bunnahabhain Moine in the nose. Like having a green tea on a frehsly tarred road near to an Islay distillery. Ashtray smokiness and aromatic peat, herbs, Aloe, juniper, metal, BBQ-sauce, mustard seed, ginger, apples, black pepper and chili – a powerhouse. On the palate it is way sweeter and more comlex as one would think. Everything tightly woven together like a Tsunami of peaty whisky goodness plus some iodine. So balanced and refined, you want another glass. Wow. Another recommendation!