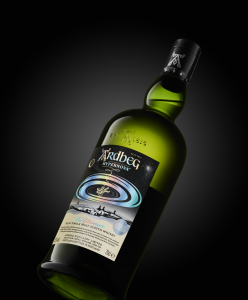 I have waited for this like a little child. The Supernova releases thrilled me, so what will this 170ppm phenol monster bring to the glass? Educated whisky drinkers know that the ppm content of the barley is not necessarily the defining number for tasting peatiness in the make – which Octomore shows occasionally. The phenols should be measured in the whisky instead because loads of reactions and proceedings strip away peatiness along the production process and during maturation (I can explain more in tastings if you are interested). So watch out, some parts of this peat race are a gimmick.

However, the 1970s Ardbegs had huge smoke. One should measure and compare e.g. a 1972 with the Hypernova to see numbers. I am so curious. Let’s hope it is good: 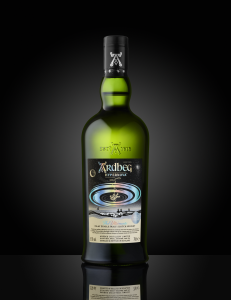 Comment: Yes, Ardbeg nose, pale colour, around 8 – 10 years, I guess… but way more farmyardy, also a bigger concentration on tar, camphor, burning green herbs and coal, less of the sweet BBQ-style at first. Composting pile in front of a mine? With time it becomes more typical, all is there, aromas like peat, soot, iodine, milk coffee, caramel (Dulce de Leche), tires, ointment, chalk, burnt oak, white pepper, weapon oil, old brown bandaids and plaster, but somehow different in array. The smoke is big, yet not as monstrous as I expected it. It renders the effects described though.

On the palate and in the finish, this becomes a real winner! Peated mocca! Sweeter now than it was to expect from the nose, a smoky chocolate bar with salt sprinkles meets sooty iodine. 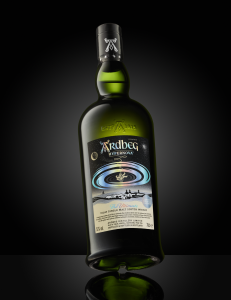 So Ardbeg, peatier, huge … yesss. The finish is deep and eternal. Powerhouse, but not hurtful or sharp at all – it has the thin silhouette in the middle that classic Ardbeg possesses. Maybe some time in the bottle makes this even better, I already love this project.

Is this worth the 210 clams? You decide. I bought some and look forward to cracking it open.