Should a drinks-blog deal with the downsides of C2H5OH, especially when it comes to the health of our kids? Hell, yeah!!! But I don’t want to sound like a hypocritical party pooper, I just feel a responsiblity to say a few words about a new kind of drink as a person who promotes alcohol as well – but for a different reason than the industry does.

A Flood of New Mix Drinks?

I got used to the pre-mixed ‚Lynchburg Lemonade‘ and the Whisky- and Rum-Cola cans that mostly get sold at fuel stations and clubs for teenagers. But now, another flood of spirit mix drinks seems to be rolling in – taste-tweaked whiskies with up to 40% alcohol – do we need these? And is the industry to blame, do they act responsible? They sure do if it concerns profits! Of course, the spirit companies need to make money to provide for jobs (and they did pretty well recently) and produce the drams we love – but should ethics be sacrificed for profit? Or is there nothing wrong with these new releases? Many questions arise at a non black-and white issue. Let’s take it from the top then:

It is proven that such new easy-to-sip-liquors can foster alcoholism among youngsters because the spirit is masked by artificial sweet pleasant taste and its effect is played down or glorified. Vodka paved the way here. And the ads never say: Isn’t it „awesome and great fun“ to become addicted? The new drinks like tweaked whiskys and vodkas at a high abv (%) are aimed especially at teenagers when we look at their campaigns (even on facebook).

There are wonderful small batch Bourbons by Jim Beam and Jack Daniel’s. But their new drinks which are heavily advertised „to have fun with friends“ might be quite pointless to a connoisseur (but I will give them a fair chance by a review soon), and they are promoted like a soft drink, but it actually is high spirit with artificial tastes underneath – one shouldn’t take these too lightly. Maker’s Mark also has a new product of the lifestyle-kind, a ready-mixed Mint Julep at 33%.

Where is the creativity in kids today to mix their own headache-maker, do they really need a premanufactured one? It is not their fault, it is zeitgeist. And marketing knows best: I am sure, there is a huge market for these lifestyle whisky drinks, Bacardi Breezers and so on…it is the same with beer-mixes, because the kids don’t drink enough brewski. Captain Morgan is advertised directly to put it in a mix with Cola, and then you have the real pirate spirit with your party crew. The club crowd doesn’t want the actual taste of beer or the spirits (mostly for a reason – minor quality in taste), these need to taste more like lemonade and should get you drunk without noticing and make you feel good about yourself. Some of these are ‚alcopops‘ and already dangerous below 10%, but at 15% up to 40% with an innocent cherry taste…isn’t this questionable, at least. Shouldn’t we protect our children from such lures? Can they deal with such drinks and are they aware of the consequences?

Adjectives in the ads like „cool“, „cozy“, „juicy“ and „inspiring“ or the promise that the night ‚will be yours/on your side‘ appeal to the kids, and a jumping stag to a new beat does the trick as well, just like the X-mas-like winter landscape ideal for a dram at the fireplace on the new Jack Daniel’s bottle. A clear message is transmitted: Drink these mixes and things are cool….in fact, you are cool! Well, …?

Ok, given that some of us had a similar drinking style in our young days, but weren’t we mixing the stuff by ourselves, were creative and saved money (these alcopops are ridiculously priced)? And the alcohol still tasted terrible. We didn’t often drink Jack, Johnnie and Jim or the Captain at full strength. I remember once mixing orange juice, Blue Bols and a cheap Cognac with Coke (all these were remains of my parents in their basement, forgotten there) in a big bottle for a party at age 18 so that the girls would try – everybody hated the mix but we finished the bottle. The following day was to be cancelled for all of us due to mean headaches, and we learned not to mix such stuff again because it was way stronger than we thought.  And that was a valuable learning experience after all. Nevertheless, such mixes weren’t promoted anywhere. Ads were only made for the pure stuff then.

Not only Girls should reconsider

It has to be monitored how the new mix drinks will affect the drinking habits of youths. Maybe this turns out  less dangerous than I expect. That’s what I hope for – also because I like and respect many people working for the companies mentioned – and this should stay that way. Aside from that I ask myself a crucial question: Does it take a certain maturity and age to deal with alcohol in general and especially with alcohol’s taste and not with its effect? I am not yet sure what the answer to this might be, but if it should be yes, our kids need more protection. 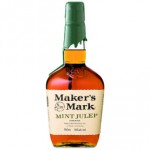 Sometimes youngsters ask me about the whisky club and if we drink a lot. Once I start explaining that we look for taste, not the rush of the alcohol in our blood, they wonder. I puzzle their minds by describing that a moderate and taste-oriented approach to drinks can be enriching and full of cultural experience without feeling the booze at all. Such an approach would be much better to teach them a responsible handling of their alcohol intake because they are aware of what they drink. I’d rather take my daughter to a well-moderated tasting than send her to a party with freely available alcopops (the best would be, however, to send her to sports instead). I will close with the words of a barkeeper meaning that one should drink aware and moderate (know your limit by knowing what you drink): Play with alcohol, don’t let it play with you! That is where the real „cool party fun“ is. 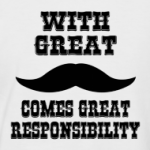 soon to come, I will fairly judge nicer spirits by them (e.g. are Booker’s and Baker’s Bourbons among my favorites, I proudly am a Tennessee Squire, translated for Brown-Forman at my time at Vanderbilt University and I like the clove-aroma in Maker’s Mark Bourbons). I might even taste the Stag to be fair.

However, I would like to discuss such drinks openly. I would even print an answer / a comment from the industry here as this is an independent blog. Feel free to write us about this topic.