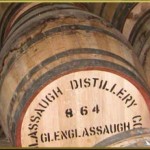 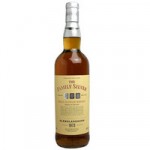 Do you remember the old days, when Glenglassaugh was „just“ another closed distillery with an odd name to us. Many connoisseurs have enjoyed the Family Silver bottling (89 points), the more maniacal guys savoured the chocolate-praline-like Wilson & Morgan Sherry editions, and some freaks even drank some of the rare  independent bottler’s Glassaughs of that time (Jack Wieber’s, SMWC, Signatory Silent Stills, etc.). All these were really good, but not mindblowing.

Three years ago, Carsten Ehrlich from the Whisky Fair sent me a sample of their new 1965 Glenglassaugh 40 y.o. and I thought he was fooling me. This baby tasted like an old Bowmore concerning the berry-like fruitiness, but it had a slightly different backbone with less coastal stylistics. What a dram that was (92+ points)! I bought three bottles and wondered what heights Glenglassaugh drams could reach and what versatility they have. 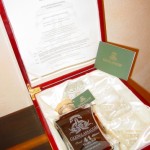 A year later, I met Stuart Nickerson behind the Caminneci-stand at the Finest Spirits-Festival in Munich. Aside from the very nice conversation we had about the takeover by the ‚Sceant Group‘,who bought the distillery and the remaining casks and soon will have a 3 y.o. (the ‚legal‘ age for whisky in Scotland), I discovered what crazy casks there still lay in the Glenglassaugh warehouse.

Andrea and Stuart gave me the massively complex 30-year-old (light color) which surprised me with a freshness of lemony and tropical fruits and almost no wood presence in the spirit – a real winner (91 points).

However, the Lionel Messi on the Glassaugh-team is the rare 40-/41-year old from 1967. Dark in color and even deeper than all the Lochs in Scotland combined, it ranks among the very best drams available, Champions-League! Reminiscenses of Black Bowmore come to mind, a dense elixir at a high price of about 1.450 Euro (96 points).

The new 21-year-old also is a very recommendable dram for fruit-lovers in its own style (90 points).

Later, Andrea Caminneci imported a 1973 cask that had the wrong age on the decanter (30 instead of 34/35 y.o.) in a rosewood-box, but it was even better than the great 30 y.o. (93 points for this Single Cask with high abv). Then, I tried the older Manager-bottlings … again, stunner after stunner.

So I bought them all! Who needs food, fuel, fashion and other less important things in life when you can have such drams? Glenglassaugh even engraved the decanter and the glasses for me. And would I do it again? Hell, yes! My fellow maniac Serge should retaste them, I can’t relate to some of his scores for Glenglassaugh Whisky – but let’s not forget: Taste is always personal and not debatable.

If you have followed our sweepstake for two Scotland trips last week (the winners were akready notified), you have read about our ‚Beer meets Barley‘ idea. Late September, we are going to bring two Ayinger sweet dark beer casks to Glenglassaugh and the Scottish Liqueur Centre, empty them at a Barbecue with some of these crazy Scots and refill them with whisky (Islay

and Glenglassaugh). The beer-finished drams will be available in February 2012 straight from the cask at the Munich Finest Spirits Festival. Indeed, a Bavarian-Scottish jointventure. We will also be able to try some of the wonderful    dr

ams yet to come. I just hope, I am not returning with a cask of my own. If I did, my wife would definitely finish me – and I don’t mean remature or enhance!