As written here, this new single cask series with 46% abv. really made an impact – affordable drams with lots of (distillery-) character and quality. Let’s see if Langside Distillers (a former part of Douglas Laing – they share the stocks with the other Laing enterprises) – can keep up the good work: 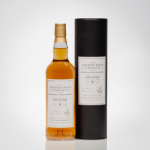 Comment: A creamy and fat dram with a wonderful sherry influence (Pedro Ximenez?) and counterbalancing spice combo. I am getting maraschino cherries and cherry juice, ginger bread, tangerine, fudge (Werther’s Echte) and vanilla. My favourite in this batch.

Comment: A malty and nutty whisky that still has some green elements of shrub wood. The leading aromas are toffee, apples and pears, pineapple, dried flowers and CO2 carbonation smells (yes, unusual).

Comment: Something went wrong in filtering this one, it is a bit cloudy, but this doesn’t impact the flavour. Raisins, dates and sherry cask aromas dominate the nose (better than the palate), a Christmas cake with peppery and fresh elements as well, good balance, but not very complex. 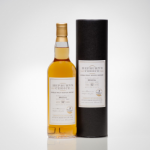 Comment: Hello smoke, peat and moss, I didn’t expect you in this concentration. A complex and powerful yet elegant dram with goarse, sweet fruits (maraschino) and apricots plus the ‚Island-esque‘ touch on the side. A great learning experience, hard to guess in a blind tasting.

Comment: A very typical example of this reliable distillery. Nicely fruity, mature and fat with quite some bourbon cask influence, like a cream toffee. There are traces of tropical fruits and dextrose in the aroma while the palate seems to be spicier and greener than the nose suggested.

Comment: A good nose, although a bit on the raisiny side of the sherry world. This is a round and sweet dram with good integration of cristalline flavours and some more spice on the palate than I expected, already mature. 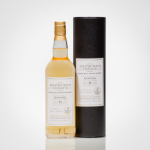 Comment: Its predecessor was a winner and this one doesn’t fail either with this discrete Highland understatement. Soft, round and complex (like me) displaying notes of moss, tea, pear, vineyard peaches paired with good acidity. A real steal. 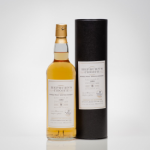 Comment: As a fan of Ledaig, I was curious to try a younger vintage before the often released 2005. This one is still close to a new make (wild ride, baby), but with huge potential. Despite its young vegetal peatiness, the emerging complexity already shines through: shoe shine, iodine, suede, green apples and smoke are leading elements. These 2008 Ledaigs seem to be as peaty as 2005, maybe even more phenol ppm in action. Promising stuff.

After these releases came out, there also were a young Talisker, Caol Ila and a Laphroaig, all of which I haven’t tried yet. Overall, these drams without colouring (not chill-filtered) are a reasonable choice among the many ’no age statement‘ or finished bottlings we see at weird prices these days, I think. Honest stuff, nothing fancy, some better, some worse, but real whisky to understand the product without mascerade – which we like.