In times of crazy whisky prices we need affordable and good daily drams. If this is what you are looking for, the following series called Hepburn’s Choice is hard to beat – and brandnew (but from a famous name with loads of good stock:  Langside Distillers a.k.a. Laing). I had the chance to try 12 bottlings by now and was amazed by the overall quality. These are single casks bottled at 46% and they retail around 50-60 Euro.

Now let’s talk about the bottlings in brief fashion. The first batch has gone rather quick, so let’s just give an overview.

Ledaig 8 y.o. (2005): We all love the 2005 Ledaig with its huge peaty tang and the leather – shoe shine – apple aromas. This one makes no difference. Another favourite among the tasters: 88 points.

The new batch was just released in February 2014 and I expected the quality to drop a bit, but again these are bangs for your buck, really good quality and fair value. Check it out: 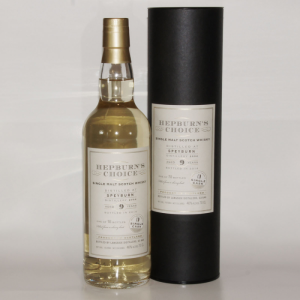 So get your hands on some of these drams for daily pleasure or for learning whisky and single casks. Recommended stuff!