It is hard not to like Highland Park and there are only few releases that disappoint. This allrounder of the whisky world works its charms on everyone. However, now is the time to still get some affordable bottles because independent bottlers will run dry in a few years. Today, I’ll try five recent versions of HP-Sauce in a head-to-head. 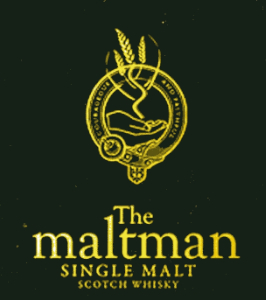 sorry, not photo of bottle

Comment: Malty and fruity start, some leather, quite some vanilla and toffee, a nice spice-combo, coffee beans, apples, raspberry, candyfloss, good intensity yet very accessible. One for every kind of taste, I’d say. In the mouth this one performs like the great allrounder it promises to be with fruity glycerins and the maritime freshness. A classic Highland Park as it should be that finishes with traces of peat, heather and leather. Very typical too. Great stuff that screams for another pour.

Comment: Spicier and more leather than its predecessor at first. This requires more time to open up but then has more to tell. It becomes fruitier with each minute. Lead aromas are moss, hints of peat, apples, raspberries, ozone in seaspray and a beautiful American oak influence. Doris’s version has some extra depth to it, which I like. The spicy heat also translates into the palate and unfortunately shows less complexity there. Water broadens the profile by 100%. Good and satisfying finish with the peaty and spicy grip (but no king of balance). If you are into spice though, this is your choice. All these drams are on a high level. 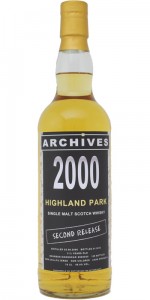 Comment: Not very different from the Whisky-Doris release, but it has more vanilla and reveals its secrets of fruit (raspberries and banana, mainly), spice and leather a bit earlier. There also are some pears, coal, white chocolate and milk coffee. By the way, white chocolate (maybe even with raspberries) goes very well with Highland Park whisky in general as a food pairing. The Archive babe tastes and finishes like it noses, all the way high class and very well balanced. No water needed. Adorable and very quaffable. Recommendation. I don’t know why some other tasters weren’t so fond of it. 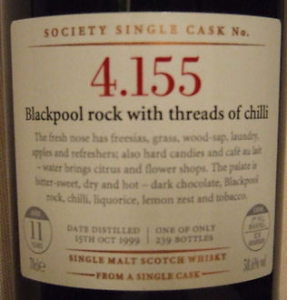 Comment: This is the aromatic smoky one in the bunch – plus the American oak weighs in more intensely. A tad bit simpler and less complex than the others altogether. Moss, peppery spice, pear and leather are to be found right away again but the whole dram is a bit sharp and more zesty overall. Water helps this one a lot. On the palate, the herb brigade rides in, accompanied by captain peach (sorry for that!). A bit unusual. Smoky and spicy finish with some toffee and green apples.

Comment: Let’s see how the older brother behaves. Oh, he’s from the farm, or he smells like that at least. Completely different from the others, very leathery and full of  stable-smells, also very coastal. Old Ardbeg-like antiseptic moments with sulphur, smoke, peat and dirty tires. Some lemony fruit, pepper, salt and dried hay as well. What an edge this has to it, wow!  No water here! I wouldn’t have guessed this as HP-Sauce in a blind tasting, that is for sure. The palate also screams old style South Coast Islay with that magnificent peat, iodine and salt. Kenny, it isn’t funny to bottle an older Ardbeg as a Highland Park 😉 ! Seriously, this is definitely not typical for HP, but extremly good if you are into discrete and complex Islay drams with some phenols – plus you can fool your friends in a blind tasting. I score its quality, not its typicality, so the score is high. Mmmmh.