This new bottling – said to be the darkest Ardbeg ever – meets high expectations. Many Ardnuts love the really rare sherry-cask expressions. The ‚Dark Cove‘ is only partly matured in such casks, but this worked well for the Uigeadail (about 10% sherry casks), which I consider one of the finest standard bottles around. And the new one is slightly darker, maybe 20-30% sherry wood, who knows. I also guess some European oak to be in the mix. Anyway, let’s look under the hood: 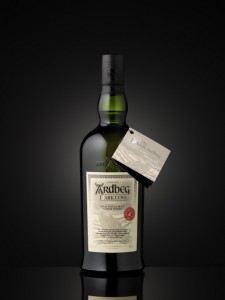 Very round, holding back at first – not a loud and aggressive one, finesse is the key. It reminds me of long-gone expressions, which is a good thing: no green notes or aloe vera. Absolutely well-matured, but not in your face. Classic Ardbeg. The sherry had a nice polishing effect without causing a loss the spirit-driven character too much (not a modern make-up). Aside from the softened peat-sulphur-iodine combo I am getting campfire, chocolate cake and coffee immediately, then suede and leather shoes, mustard seed, pepper, chili, Nicaragua tobacco leaf, dates and sultanas, lime zest and the typical aromas associated with Ardbeg. The heat of peppery notes renders a nice counterpart to the sweetness without standing out too much. 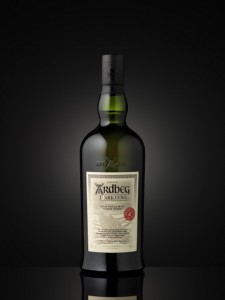 Velvety and smoother than your average Kildalton dram. Softly it coats your mouth for a while, then a peppery bite, brine near the sea, cocoa, really stylish. But you need to take big sips to fully grasp the experience. Lovers of powerful drams might be disappointed a bit, but if you are into harmony without any offnote, this is your choice. I dig this style. Having worked with several Ardbegs in sherry casks myself, I found the effect the very same: raw power turns into mature sweet complexity in the mouth but Islay is still enough there. It is not a weakling. The drinkability is off the chart, but a lower abv might hurt it. We’ll see at what strength the regular version will be bottled.