My fellow upper Bavarian friend Oliver Späth has dedicated a part of his time to import single cask whisky – LIKE. Not only is he one of the nicest guys around in the German whisky scene, he has also proven to have a good nose in recent years. His page is here. Let’s put his drams to the test: 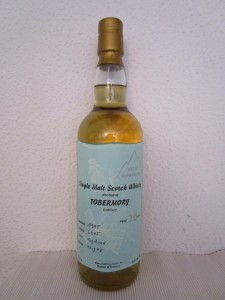 The nose reminds me of a breakfast near cow stables – hints of muesli, green tea, nutella, wholegrain bread, fennel, cumin, cinnamon, canned apricots and pears, ginger and ginger bread, and also a whiff of, well, manure pile (in a good way) … Serge calls this ‚farmyardy‘ – same idea. As Bavarian boys this makes us feel at home 😉  The palate is way different, which I always like: very round, coastal, briny, discrete peat and earth a la Garioch (no smoke though), and so quaffable, darn good. A long finish leaves you wanting another shot. Still available for 125.- Euro. 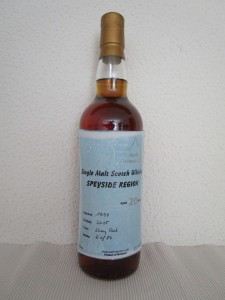 What a muscular and big dram. Powerful, spicy, well-sherried. The spicy part consists of chili, wasabi and tanned leather. The sherry adds dark chocolate, cherries, plums and aniseed. I am also getting reminiscences of old dusty library shelves. The palate is very much the same but the wine adds a nice layer of complexity to the combo. I liked to tame it with a dash of water, but if you prefer it heavy, neat is fine. 124.- Euro.

Oliver also has a 20 y.o. Glen Keith which scratches the 90-points-mark (had it only passing by at a fair). Great value there, as well.