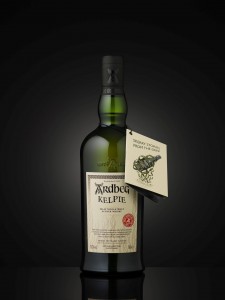 special release often shows a different side of Ardbeg and is much sought after. ‚Kelpie‘ (a mythological being from Gaelic heritage, a ghost from the waters in the shape of a horse) actually has nothing to do with kelp itself, although Ardbeg’s flavour profile and advertising might suggest. This Committee release was aged in virgin oak from the Black Sea and has no age statement, which isn’t necessarily a bad thing when we look at Uigeadail and Corry. Let’s see how Dr. Bill Lumsden tweaked it: 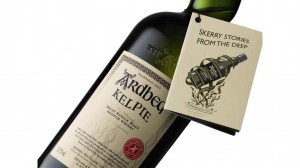 Ardbeg, of course, and not a bad one, but it is very interesting to see what increased wood influence does. These casks brought burning pine needles, resin and peanuts to the foreground (Studentenfutter-Ardbeg). But there is so much more going on: Antiseptic spray, small bicycle shop, camphor, soot, tar, iodine, peat, canned milk, peppered steak, agave, nettles, chalk and white oak. I am also getting poppyseed pastry and a dash of lime. On the palate, the resinous and spicy character is rounded off nicely by a sweet edge. Different, yet a typical Ardbeg that turns sooty in the finish.

I also want to use the post to congratulate Mickey in this little video: