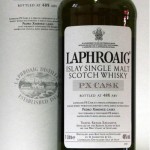 This version is only available for Travel Retail at the moment but there are ways to order it as well. I have heard different opinions about it, so I am keen on tasting it for myself. It follows the Triple Wood release. Let’s look under the hood: 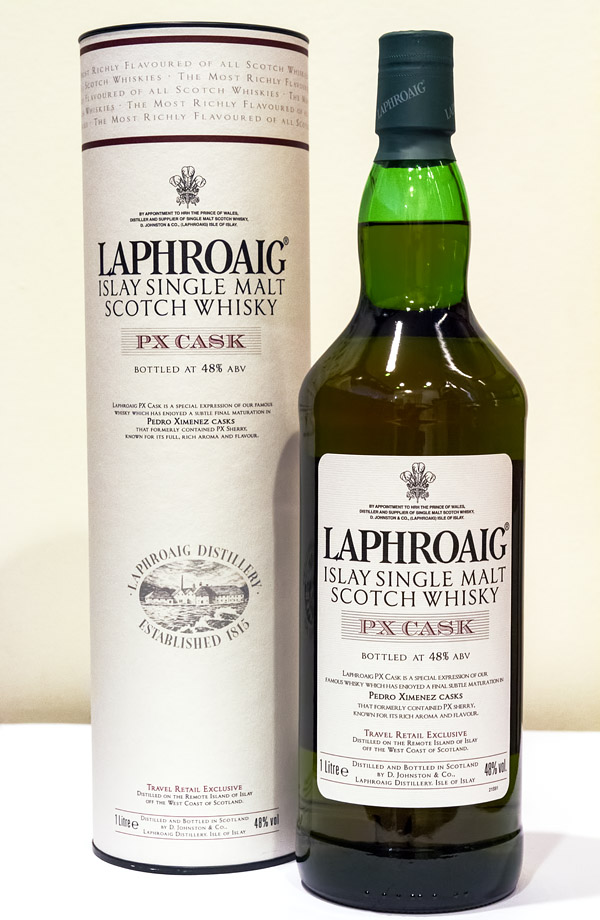 Comment: Still noticeable Laphroaig but with way more cask influence (American oak, then Quarter Cask, finally PX). I can smell more Bourbon (a lot, actually) than Pedro Ximenez, which seems normal when you look at its maturation process, but both elements are there. American Laphroaig, so to speak, with juicy oak, vanilla, caramel and quite some ripe tropical fruit (pineapple, lemon, dried peach, even banana and coconut). The sherry cask brings dark fruit aromas as well (prunes, dates, sultanas) and has taken some of the edge Laphroaig usually has – it simply is softer yet fuller and less austere (dare I say ‚modern‘) and moseys between three worlds (Islay, Jerez and Kentucky). However, the oak is controlled and has not gone overboard. More in the back there are different kinds of nutty aromas, orange liqueur and Laphroaig’s typical peat, seaweed, tires, pepper, iodine and resin. On the palate it is peatier and more South Coast Islay than one could have suggested, which is good news to me. Quite rich, a bit sweeter than usual Laph and really well-balanced. Like in the bouquet it takes little leaps to Jerez and Bourbon Count(r)y, altogether in medium concentration and weight. This dram would also work as an introduction to the peat genre for newbies. The finish stays Hebridean mostly with matchstick sulphur, peat, chalk and iodine. A good addition to the range, subtle Islay summer, but not for purists and hardcore peaters.