You sometimes have to be quick to get your hands on the sought-after SMWS releases. Quite a load of Society samples have piled up here recently (thanks Ralf), so let’s do some speed tasting. This method works well if you don’t need every aroma of a dram but a short assessment, and some Maniacs also use this for the first round in award tastings (before going into detail in a second round). However, you should still deal at least ten minutes with each dram not to miss developments and to respect it for what it is worth.

I loved the ‚Cowboy’s Campfire Dram‘ release (SMWS 29.102), an amazing Laphroaig. Let’s see how these two compare in a head-to-head: 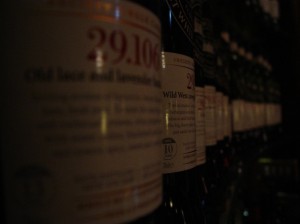 Comment: Typical, very dirty, peaty and maritime with a green herbal touch, hot ash, slight mint aromas, much salt and pepper, mustard seed and a very discrete sherry influence. The power on the palate is enormous, what an explosion of peat and spice with heavy oily aromas, untamed Islay to the core, then my beloved matchstick sulphur and soot set in for good and the dram ends on these notes – smoother than expected – but still monstrous. I like it without water for its punchiness, but water makes it very well rounded and accessible. Try for yourself. 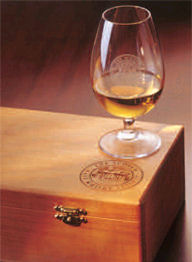 Something went wrong with this cask, a bit of fungi, rubber and rotten sherry cover and dull down the usual Laphroaig features, but there also are nice aromas of ginger bread, curry and forest floor (Ben Nevis-like). Chocolate, sauerkraut and bacon add to the mix, a really unusual one. I am not yet decided. The taste is a bit more Laphroaig now (spicier than nose) but still in the same camp, quite sweet, then heavy peat smoke, the finish finally displays South coastal Islay features in a more typical way (soot, sulphur, peat, iodine). Worth a try, yet uncommon. No water needed.