The Caol Ila Distillery sometimes gets put down as soulless – may that be true or not, some amazing whiskies were made there, my favorites being from before 1974, esp. the 1960ies versions. For many peatheads Caol Ila simply delivers at a fair price and rarely disappoints – but rarely flies high as well – believe me, I have tried about 300 versions so far. Nevertheless, there were some stunning versions recently, like the Archive 2000 or the SMWS 53.147 from 1999 (reviews here on slowdrink.de). Let’s check out three recent releases. But before I do so, I am going to warm up my tastebuds with a new Longmorn by WIN. 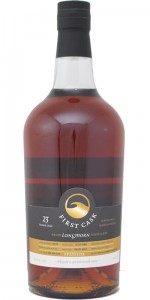 From a quite unfamiliar label so far (Jan Kok and Marcel Bol are behind the project), of which I just bought a 1963 Lochside (not open yet). I am curious. A sweet nose with very obvious sherry and its effects (dark cooked fruit, raisins, morello cherries), but also some typical white oak aroma with toffee, glue and vanilla. Later, it becomes very intersting and more typical: ripe autumnal fruit, redcurrant, white chocolate-glazed banana and some spice to counter (pepper, resin). On the palate the sherry is dominant, but doesn’t overwhelm the other notes and doesn’t become too dry – it is way too sweet for that, a real Christmas cake plus spice, maltiness and some fruit. The finish goes down with dark and ripe autumn fruits, quite some maltiness and the sherry that covers all like a blanket. A rather sweet warm-up, but doable. 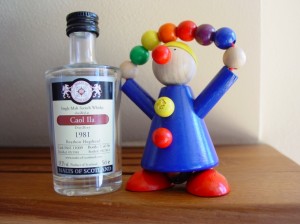 What a sooty nose with peaty iodine, nice! The whole dram is rather sweet, has discrete sulphur and one can’t believe its high abv.-strength. I get apple juice and a trace of blue cheese as well, but in a good way, this is not spoiled or funky at all. In the mouth there is a great balance between spicy elements (pepper, chili, juniper) and some sweeter notes (from the Bourbon cask) that lead into the joyful finish. A great pick of a mature sooty Caol Ila that has grown softer and more complex with the years. 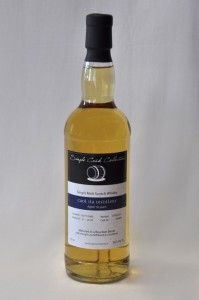 Roland Hinterreiter has done a good job in sourcing casks as Austria’s first independent bottler so far. And this Caol Ila makes no difference. It is very classic without any off-note and possesses a great balance – a real quaffer that somehow reminds me of the smell when a low pressure area with rain and thunder is rolling in from the sea. Lead aromas are juicy Granny Smith apples, green olives, lemon, hay, coal smoke, sulphur, pepper, pine resin and medium-level peat. The Bourbon cask left traces of chalk and vanilla. Plain good and clean Southcoast Islay Single Malt. P.S.: We are at the Austrian Whisky and Spirits Festival in Linz in April (www.ssms.at) with a stand and some great bottlings to try, visit us. Roland is the host/organizer. 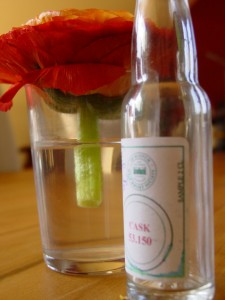 Not bad, but a bit weird and atypical due to a herbal side that doesn’t fit the dram. Not my cup of Caol Ila tea/whisky… it is also not very expressive in my eyes. But remember, taste is personal, this is no fail at all. Sorry for the brevity, I had this one for the road.