Clynelish is one of the most reliable distilleries. Rarely do these drams disappoint, and occassionally they can even take your breath away. What I like about these apple-candlewax-stormcloud-whiskies is their austerity and the fact, that they are mostly about the distillate, not the cask they were matured in – even if these were ex-sherry casks. Let’s see how these two sherried teens taste: 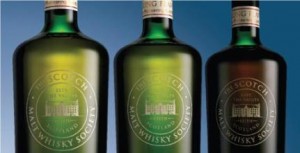 Fruit-oils, farmyardy tones and fresh coffee join the above already mentioned trademark aromas – with just the right amount of sherry fusion. Peaches and big vanilla become bolder with time and set this apart from many other Clynelish bottlings. Also, sandal wood scents, macadamia and some shy berries appear. Soft smoke and spices add to the fruitiness in nice balance. The taste, which encapsulates all the mentioned notes, is wrapped in a vanilla cloud and needs no water. Only hints of sherry can be found on the sweet palate. It is more a creamy crowd-pleaser, a bit like a Starbucks vanilla coffee drink. Nice, though. 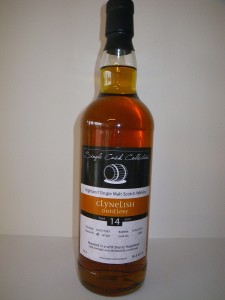 A sister cask (#6888) from Bladnoch’s warehouses with 158l was auctioned at Krüger’s for 2.305 Euro. I should have bid then, I was tempted, but didn’t go for it. At the current bottle price of almost 60 Euro it is worth almost 10k – nice gain! Darn! This also shows that there is a lot of cask swapping going on behind the scenes as it becomes harder to buy quality whisky from distilleries. Well, let’s not cry over by-gones and taste the neighboring cask 6891: Being darker in colour than the SMWS, this Austrian choice has more dark wood, leather and spice, but bears many resemblances to the SWMS-version in general (the basic character, coffee, farmyard) in the beginning. The sherry 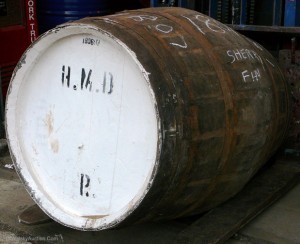 evocates dried fruit (sultanas, dates, red grapes and cherries) and fruit cake aromas and renders more depth. But after a while these two drams depart from each other more and more. Milk chocolate, almonds and walnuts ride in, welcome guys. It is also slightly more on the dry and coastal side. On the palate, the dark and dried fruits dominate, but are countered by powerful spice (pepper, chili). Toffee and woody spices fight in a long  finish that never seems to end, really. Wow! With water this Clynelish becomes more civilized and creamy, not better or worse, just more approachable … and there is way more chocolate. Maybe not the most typical, but: this cask seems like the more mature and bolder brother of the two versions of today – with lots of character and some dark sides to it. Very good and very interesting.